We are part of the United Reformed Church.

The United Reformed Church is a family of Christians, worshipping in the name of Jesus in about 1500 local churches from Orkney to Cornwall.

All our tasks and posts are open to women as fully as to men. We are an intercultural church, where people with varied ethnic roots enrich each other's Christian living. Our people hold a range of opinions about theology and church life. In the words of the denominations Statement of Nature, Faith and Order (1990) together we are firmly committed to 'God, Father, Son and Holy Spirit. The living God, the only God, ever to be praised.'

How our church on the Isle-of-Man began

The congregation that was to become St. Andrew’s Presbyterian Church, and later St. Andrew’s United Reformed Church, first met in an upper room in Fort Street Douglas on March 20th, 1825. At this meeting it was decided that collections were to be made 'towards fitting up proper church premises', and the first service was held in the newly constructed building, at the end of Finch Road, on the last Sunday of April, 1832.

The building was altered in 1867, and that is the way that many people in Douglas remember 'Old St. Andrew's', often known affectionately as The Scots' Kirk. 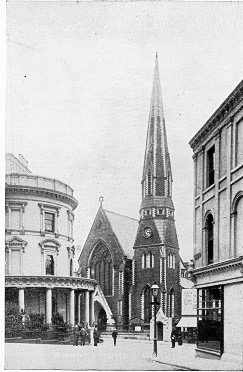 The building in Finch Rd. became too expensive for the congregation to maintain during the 1970s but was in a prime site in the middle of the developing ‘Financial District’ of Douglas. After much prayer the congregation decided that the time had come to sell the old church, and move to a smaller, more easily maintained building.

At the same time, the Island’s scouts and guides were also looking for smaller premises, as they were having difficulties with the upkeep of their headquarters at Cunningham House on St. Ninian’s corner. This building was to provide the answer to the prayers of St. Andrew’s congregation, and we celebrated 30 years in this building in 2018. 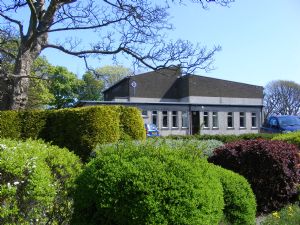 In the north of the island Trinity United Reformed Church also began as a Presbyterian congregation.  They had been in the same building in Waterloo Road in Ramsey for 135 years when, in 2019, they joined with the Ramsey Methodist Church, who also gave up a building on Waterloo Road.  The joint congregation now meet in the hall attached to St. Paul's Parish Church in Ramsey.

Is to reach out to welcome all those who would like to worship with us.  It is also to reach out with the practical love of God, as shown in our Saviour Jesus Christ, to help our fellow men, women, and children both here on the island and in the world.